Even though Cambodia neighbors to Vietnam, it was still a bit too far out of our way to head all the way to Angkor Wat. But luckily for us, only 50 kilometers south-west from Hoi An, in the province of Quang Nam, you can find the My Son Sanctuary.

This World Cultural Heritage Site in Vietnam is often compared to the famous temple complex in Cambodia. So early one morning during our time in Hoi An, we set out to explore these beautiful hindu temple ruins.

Before we left for Vietnam, I had already done some research on how to best reach this temple complex. There should be a bus going from Hoi An in the direction of the site, but since I couldn’t find a lot of info on it, we decided on an easier option; a private driver.

It’s a bit more expensive than going on one of the many tours that depart from Hoi An, but if you get a driver, you can go early in the morning to beat the crowds that typically arrive around 10 am. Part of the magic of this place is being able to wander through it without any one else disturbing you.

We booked our private driver in a travel agency – of which I’ve sadly forgotten the name – in the old center of Hoi An. We found it on our way to get one of the best Banh Mi’s in all Vietnam at Madam Khanh’s shop. Since we also needed a driver to take us from Hoi An to Hue the day after our My Son excursion, we booked both of them at the same time which allowed us to haggle a bit more. For 80 dollars we got both trips booked. Since there were three of us, we found this quite a bargain.

We were picked up from our hotel at 7:45 am – per our request – and about an hour later we arrived at the entrance of the My Son Sanctuary. Our driver allowed us one hour and a half to explore the site. 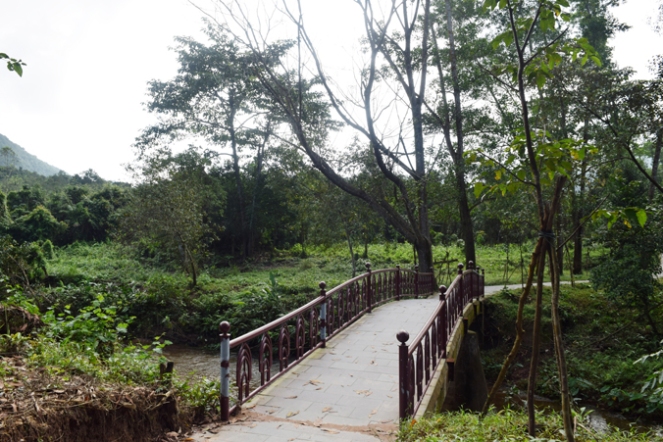 The My Son Sanctuary was the cultural and religious center of the Champa Kingdom between the fourth and thirteenth century. But after the fall of that Champa Kingdom it became forgotten and overgrown by jungle vegetation. It were the French that discovered these temple ruins again at the end of the nineteenth century. They put a lot of effort in the reconstruction but these were however part in vain as the temples were destroyed by the American bombings during the Vietnam War.

Nonetheless, it’s still such a beautiful site that’s definitely worth a visit. After buying our tickets – which were 150.000 dong – we had to walk a few hundred meters to get to the shuttle bus stop. From there a free shuttle took us all the way to the actual complex which is about two kilometers further away.

There are four major groups of ruins which are all connected by a walking loop so it’s easy to find your way through the complex. We walked the loop clockwise – which is apparently in the wrong direction – and were first led to a smaller group of temples.

By going the wrong way, we ended up saving the best – the biggest complex – for last. We were there right before the “rush hour” started so we were able to explore most of it on our own without little interruption from other tourists. It was just amazing.

Depending on the time of the year and day you’re visiting, you’ll also be able to see some local dance and music performances. It’s a really unique experience to witness this in this beautiful scenery. Information on the time table of these performances can be gained at the main information building. 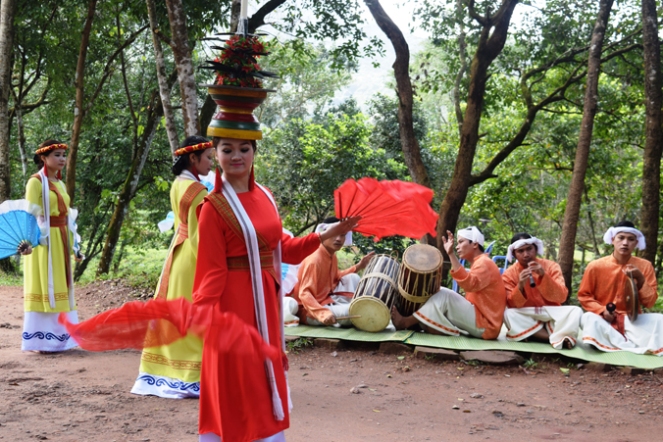 The one hour and a half we got from our driver was exactly enough to see the entire site although I would have loved to walk around even a bit longer. But no matter how long you stay, the My Son Sanctuary is the perfect half day trip from Hoi An.

4 thoughts on “The Angkor Wat of Vietnam: My Son sanctuary”

This good girl followed us all the way to the top of #bobotovkuk , running like a whirlwind back and forth, up and down the trail. It was amazing to have her around. On our way back, we started crossing other people and she must have found new people to follow - and get snacks from - so we "lost" her. I was slightly relieved because I don't know what I would have done had she followed us all the way to the car. 😅
Our roadtrip through #Montenegro was definitely one of my favourites to date! It had a good mix of culture and nature and mostly a whole lot of pretty #mountains! 😍
Our last nature view in #Montenegro; #BukumirskaLake. 😔
Every muscle in my legs hurts and I'm exhausted but so, so, so full of love for this place! The three peaks hike may have been challenging, but it was worth it all!
Cruzing through a autumn-color filled #TaraCanyon!
At 2523m, looking out of #Montenegro and #DurmitorNationalPark ! The hike up to #BobotovKuk was very challenging but so very much worth it! 😍