About three weeks ago the idea of going to Berlin again during the Berlinale – The Berlin Film Festival – had aggressively nested itself into my brain. I’d be a perfect combination of my love for travelling and love for cinema. Yet I just couldn’t seem to make a final decision and book the damned tickets. Mostly because I had already booked Canada and Morocco and I didn’t have a lot of days off work or travel budget left for 2018.

It drove myself – and everyone around me – absolutely crazy. So crazy to the point that one evening less than a week before my departure date, I just said “Fuck it” and booked the tickets anyway. Yolo, right?

And now that I’m back, I just wonder why I ever thought this would have been a bad idea. I think I would have regretted not going far more than spending the money and days off on it. So hence my new moto; “Why overthink travelling? Just go!” And now I can also share some experiences with you all!

To save some days off work, I still went to work on Tuesday before making my way to the airport in the evening. That of course resulted in arriving in Berlin awfully late so the only thing I wanted by then was a bed and sleep. But the next day, I was ready to rumble!

Since this trip was my fourth time in Germany’s capital, this city doesn’t have that many secrets for me anymore concerning the highlights. Yet I still like to revisit most of them anyway. I took up running before the summer last year, so what better way to see them all again then by just going on a 10k morning run through the city? Again, best of both worlds! Of course I have no great quality pictures of that since I wasn’t about to drag my camera along, but I explored Checkpoint Charlie, Potsdamer Platz, the Memorial to the Murdered Jews of Europe, the Brandenburger Tor, Tiergarten and the Reichstag. I swear a 10k run has never been so easy before! 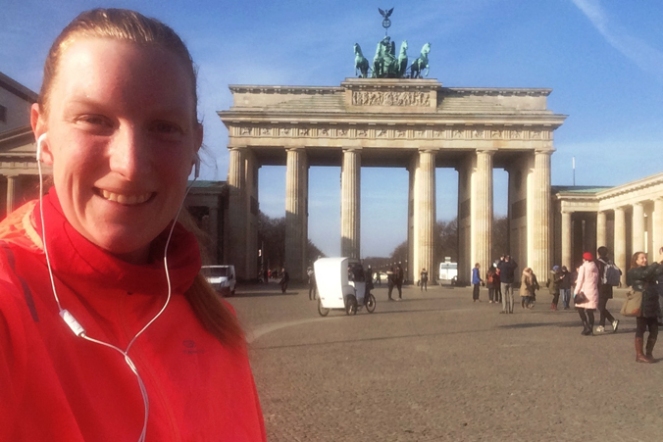 After a quick shower I met up with my German friend for lunch – at one of my favorite restaurants; Vapiano – before checking out the Berlinale scene. There was one movie premiering that interested me particularly, so the red carpet for that was my destination for the evening. And when one of my favorite actresses, Claire Foy, appeared on the red carpet and took some time to sign stuff and take a picture with me I just knew that this trip was one of the best decisions I’d ever made.

Still high on last night’s events, I set out to explore more of Berlin the next morning. First destination; Gendarmenmarkt. This is one of my favorite squares in Berlin because of the stunning architecture of the buildings.

As you can see, for the second day in a row, the weather was once again on my side. It was freaking cold, but the sun was just so nice and made it bearable. Another reason why not going on this trip would have been a very grave mistake! 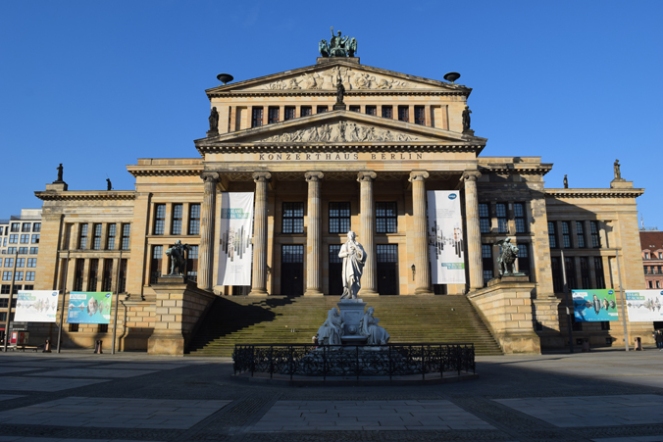 From there I took the metro to the Hackesche Höfe for a quick look and then I went on to Easy Side Gallery. I’ve seen the remains of the wall every single time I’ve been to Berlin but I just can’t seem to skip it once. The art may not be the best to be found around Berlin, but combined with the history, it’s still one of my favorite sights.

On Thursday I had lunch with my American friend who lives in Berlin in an amazing vegan restaurant in Südstern; Seerose. You just choose the size of your plate and then accordingly you can choose the dishes you want to try. It was delicious and quite cheap!

Catching up with friends always makes time fly by, so by the time we left the restaurant it was time for me to go to the movie screening of ‘Unsane’. This was held in the Friedrichstadt Palast, which I had never been to before. And boy oh boy what a beautiful theatre that is. 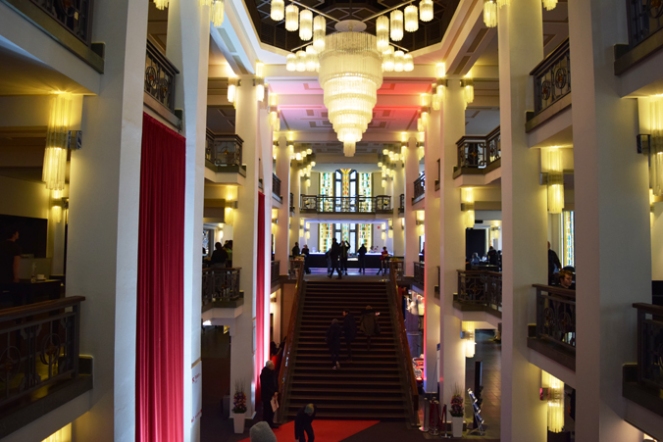 One more visit to Brandenburger Tor at night – another must every time -, and then I went back to my hostel for some down time and relaxation.

The sun was once again present as I was waiting for my train back to the airport the next morning. In that moment I honestly couldn’t comprehend why I had even doubted going on this trip. I had just spend the two most amazing sunny days in one of my favorite European cities, meeting up with two amazing friends that I hadn’t seen in a while and I got to meet one of my favorite actresses and see her new movie. Okay, I couldn’t have predicted this all to go as it did, but it did and I’ve never felt more grateful. Next time I’m in doubt, I hope I’ll remember that moment and just go for it.

I've travelled all over the world to visit national parks, but I hadn't even been to the only #nationalpark in #Belgium. Un-ac-ceptable! So today it was time to finally tackle that one! The #HogeKempen of course doesn't offer out-of-this-world views, but it was more than worth it to cross the country for the 13km and 6km #hike we completed.
It's no mountain range or a crystal blue lake, but it's not home, which in these times is already a big change of scenery! Yesterday and today I'm discovering the other side of #Belgium, the #Campine region! Beautiful nature views along the most amazing #cycling paths! We rode 120km yesterday but today we're strapping on our hiking boots to emerge ourselves deeper into #nature! 🥰
With that damned virus still having the upperhand, travelling abroad is currently, and for all of February, forbidden for me. Quite a bummer if you know that I always #travel this month. 😔 I could give you a full-on rant on how this sucks and blabla, but that wouldn't get us anywhere. Literally.
Just one of those views I'll never get tired of: The #Rozenhoedkaai in #Bruges! I've seen it many times by day, but only a handful by night. It's like magic! ✨
Standing on top of the #GrandVeymont was literally the top moment of 2020! ⛰️
After a whole day of rain the day before, waking up to a bright blue sky and sunshine felt like a small miracle. It's crazy how different a city can feel in other weather conditions.